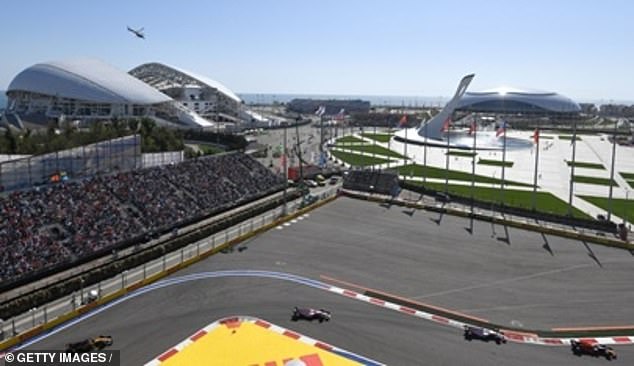 Russian Grand Prix to be attended by 30,000 fans as race organisers allow a crowd capacity of 50 per cent at Sochi’s Olympic Park despite rising Covid-19 cases