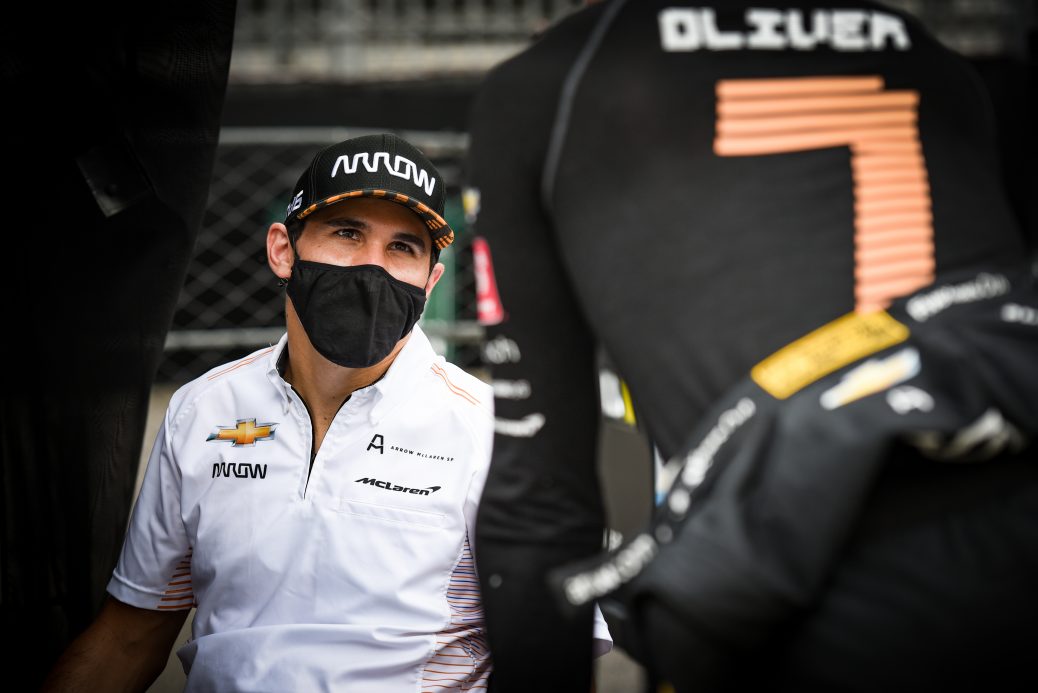 MADISON, Illinois – When Arrow McLaren SP chose the past two Indy Lights champions for its two-driver lineup for 2020 in the NTT INDYCAR SERIES, the team needed someone to mentor the young talents. Although both drivers won the Indy Lights championship – O’Ward in 2018 and Askew in 2019 – both are in their first full season of NTT INDYCAR SERIES competition. “He’s a down-to-earth kid,” Wickens said of O’Ward. Wickens, 31, has enjoyed working with O’Ward and Askew as the two young talents continue to develop into outstanding race drivers. O’Ward was asked about Wickens role in helping him develop into a potential INDYCAR winner. “He’s a great guy to have on our side,” O’Ward said. “It’s teething and you expect that with young drivers,” Wickens said. But both of our drivers are so young they make their mistakes in the spotlight.