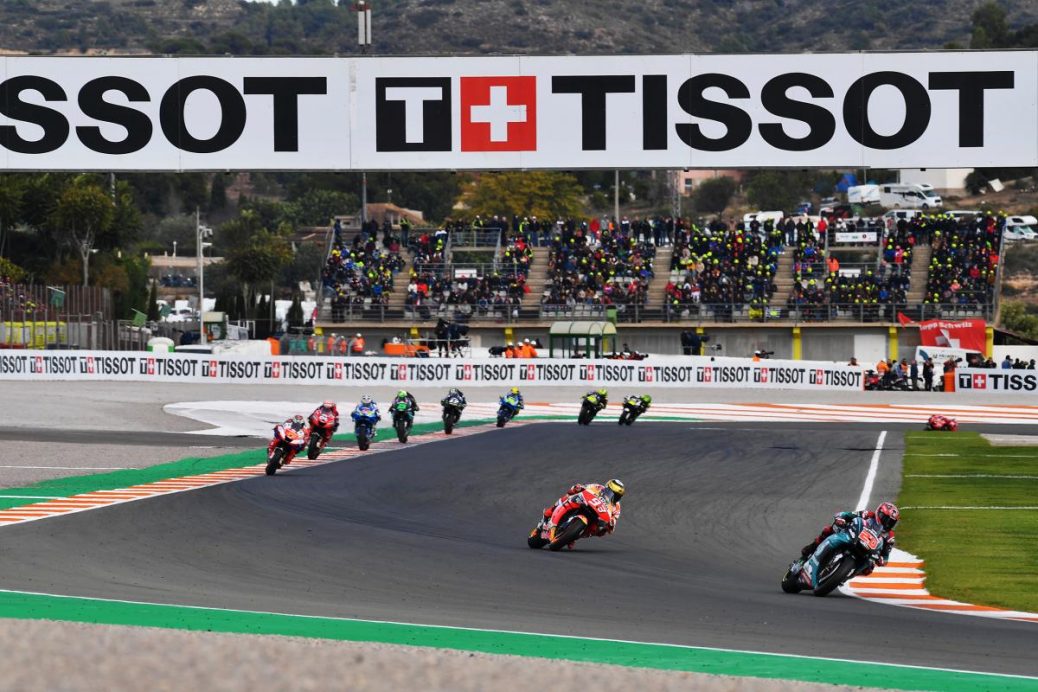 Tissot to be title sponsor of second GP in Misano

Dorna Sports is delighted to announce that TISSOT, the Official Timekeeper of the FIM MotoGP™ World Championship, will be the title sponsor of the second Grand Prix to be held at Misano World Circuit Marco Simoncelli in 2020. The event is set to take place from the 18th to the 20th of September and will be named the Gran Premio TISSOT dell’Emilia Romagna e della Riviera di Rimini. Founded in 1853, Swiss luxury watchmaker TISSOT is a longstanding partner of MotoGP™ and became Official Timekeeper of the sport in 2001. Pau Serracanta, Managing Director at Dorna Sports: “We’re delighted to see TISSOT title sponsor a Grand Prix again this season, and to strengthen our longstanding partnership by way of this new agreement.