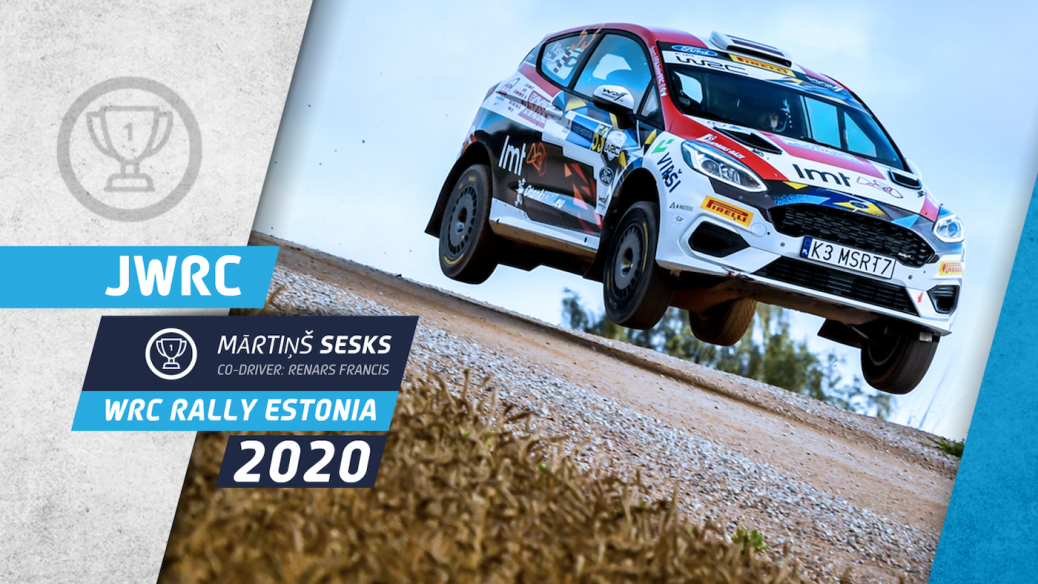 Sunday in Estonia: Junior success for Sesks after Virves heartbreak

Martins Sesks scored his first FIA Junior WRC victory at Rally Estonia on Sunday afternoon following late misfortune for long-time leader Robert Virves. Crowdfunded local hero Virves had seen his overnight lead cut to just 5.3sec by Latvian Sesks, but worse was to follow when a puncture four stages from the finish cost 45sec and demoted him to third. Sami Pajari finished 14.7sec behind in second after difficulties early in the super-fast gravel road encounter. The Finn, who had 23.1sec in hand over Virves, won seven of the 17 stages and now sits second in the championship. He was more than 4min 30sec behind Pajari and comfortably clear of Italian Marco Pollara.