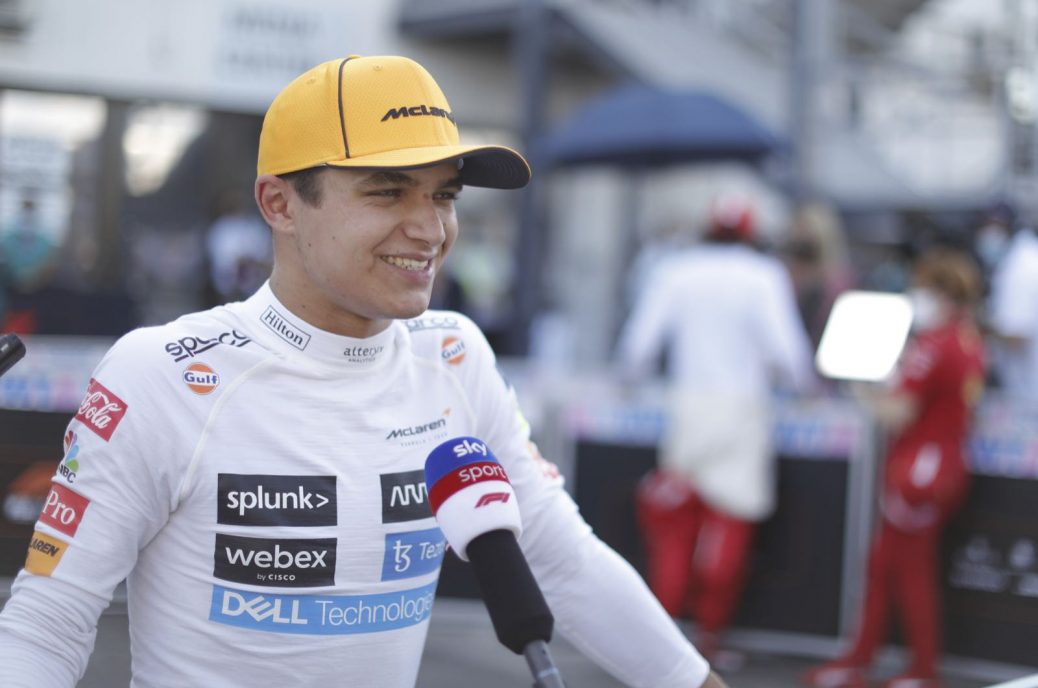 Lando Norris earned his first pole position of his Formula 1 career, giving McLaren its first pole since 2012. When the final frantic laps were completed, the 15 drivers who advanced to Q2 were: Hamilton, Bottas, Perez, Vettel, Norris, Gasly, Alonso, Sainz, Ocon, Latifi, Russell, Stroll, Ricciardo, Leclerc and Tsunoda. The fastest 10 drivers who moved on to Q3 were: Hamilton, Bottas, Alonso, Norris, Perez, Ocon, Stroll, Ricciardo, Russell and Sainz. All the drivers were on inters at the start of the session as Hamilton took the lead ahead of Norris and Bottas. And when it was over, Norris was on pole for the first time in his F1 career. Russell, Hamilton, Ricciardo, Alonso, Bottas, Stroll, Perez and Ocon rounded out the top 10.