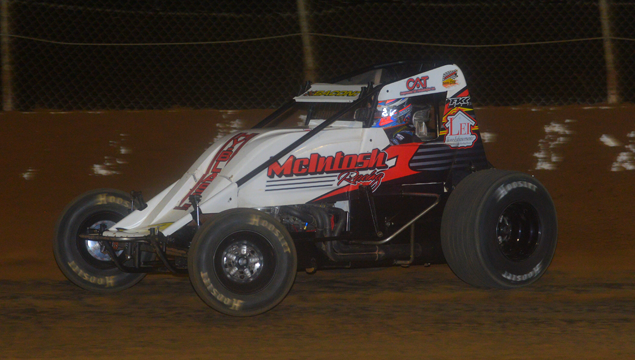 — Brady Bacon took top honors on the opening night of the second annual Non-Wing Nationals sanctioned by the POWRi Lucas Oil WAR Sprint League Saturday night at Lake Ozark Speedway. With Kreisel leading the pack, Brady Bacon and Landon Simon would set their sights on the front of the field. Bacon would earn the top spot with a dazzling display of driving, using high-side momentum to take the point with Simon in tow. Putting on a show of speed Bacon would start to pick off lapped traffic at will, Simon would throw a slide-job attempt upfront for the lead only to be reverted, when, at five laps left of the feature caution would fly for Adam Jones flipping.