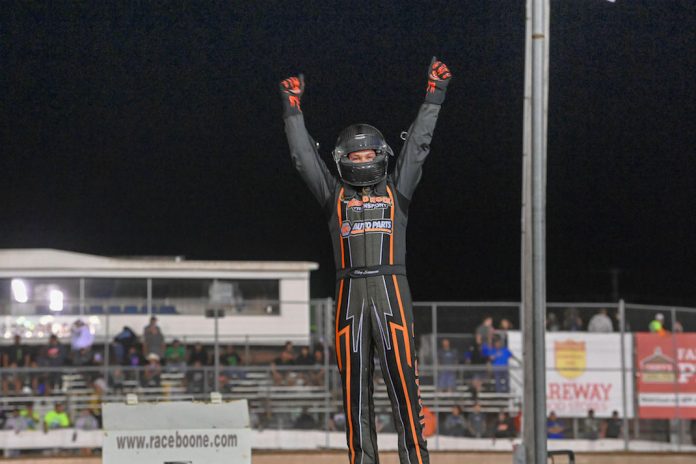 BOONE, Iowa — Riley Simmons used a front row starting position to take control of Saturday’s IMCA modified feature at Boone Speedway and he led every lap en route to victory during the Wild Rose Casino Prelude to the Super Nationals. That opened the door for Smith, who used a run on the outside of turn four with 10 laps left to steal the lead away from Christians. Carter, who started 15th, had made his way up to third when the caution flag waved with two laps left in the 25-lap feature for a multi-car crash on the frontstretch. When the green flag waved for the final two laps Carter was shot out of a cannon on the top, which allowed him to get a big run on the bottom entering turns three and four. Gifford stayed committed to the top for the final laps, holding on take top honors in the hobby stock feature over Nelson.