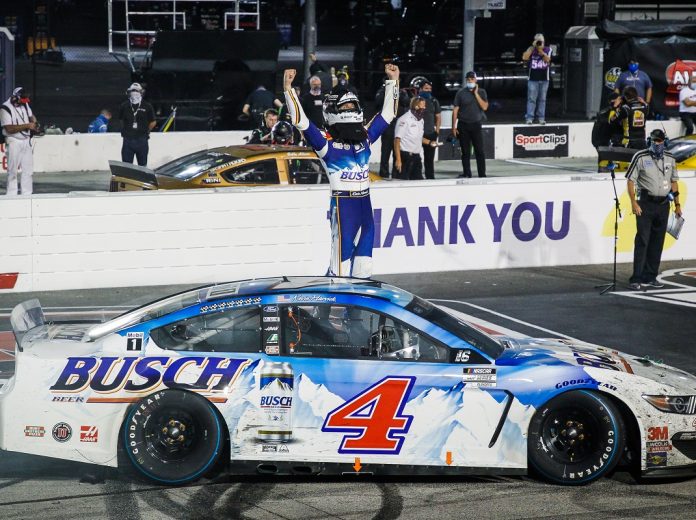 Harvick: ‘It Felt Really Good’ To Win With Fans

DARLINGTON, S.C. — When Kevin Harvick took the checkered flag during NASCAR’s return to racing at Darlington Raceway in mid-May, he was “struck” by the silence when he climbed out of his Ford in victory lane. That’s the first race that I’ve won this year where anybody has been here. “But I think back to the first race here, and for me that was really the moment that put it all into perspective of where we were and what we were doing and how drastic of a situation it was, when you have all that enthusiasm to share and there’s nobody there, it’s just dead silence,” Harvick added. “Knowing that we’re back with fans at the race track is a big deal and to see those kids back in the grandstands is a lot of fun.”.