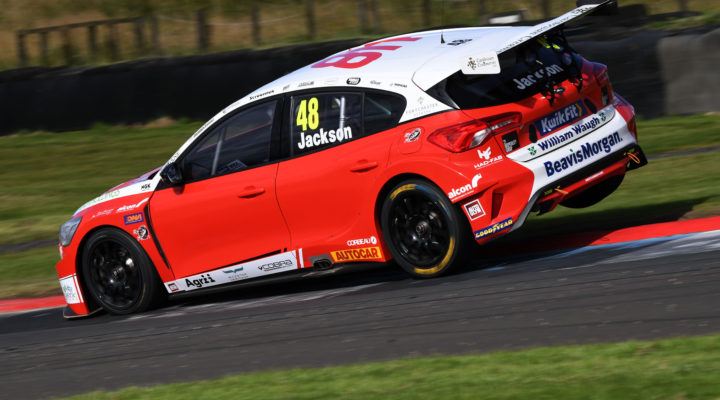 MOTORBASE PERFORMANCE ON THE CHARGE FOR MORE CHAMPAGNE

Motorbase Performance has really arrived in the 2020 Kwik Fit British Touring Car Championship followings its double-victory in just eight days across the recent Oulton Park and Knockhill events. Scotsman Butcher, who came into the weekend carrying 48kg of success ballast, was fifth in the opening race and then stuck in the mid-pack for tenth in race two. “You know, coming home and taking our first proper victory in the new Ford Focus ST is one thing and doing it on the road is great,” said Butcher. “But doing it at home is really special and I just am so lucky to be part of this team and have this opportunity. Reflecting on the weekend, Motorbase principal David Bartrum said that Butcher’s race-three win was a landmark for the team, which will now have three weeks to prepare for the resumption of combat at Thruxton in Hampshire on September 19-20.