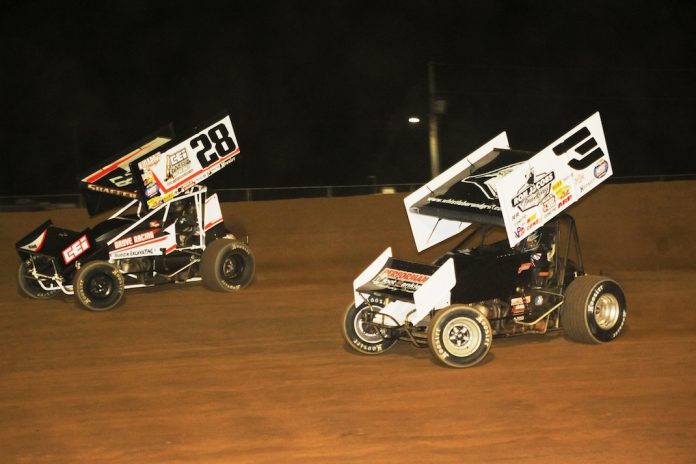 ATTICA, Ohio — Tim Shaffer won Friday night’s Ollie’s Bargain Outlet All Star Circuit of Champions presented by Mobil 1 feature that opened the Attica Ambush at Attica Raceway Park. Shaffer is now an eight-time Series winner at Attica Raceway Park, officially tied with Frankie Kerr for second on the all-time Attica All Star win list. 28, it was Stewart who challenged Shaffer late, putting himself in view of the lead after sneaking by the “Wild Child” at the exit of turn four on lap 18. Stewart chased Shaffer to the final checkers, followed by Cale Thomas, Cale Conley and Paul McMahan. 9Z-Duane Zablocki [15] Lap Leaders: Tim Shaffer (1-40).