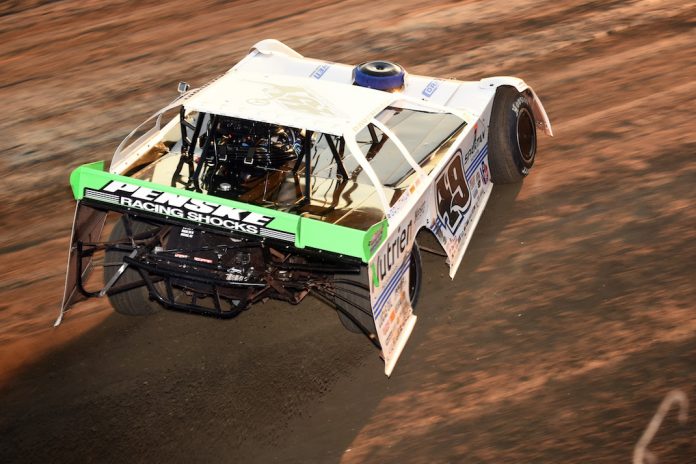 JUNCTION CITY, Ky. — Jonathan Davenport notched his third Lucas Oil Late Model Dirt Series win of the season on Friday night at Ponderosa Speedway. Billy Moyer Jr. finished in second to equal his best career LOLMDS finish. Davenport took the lead at the start of the race with Jimmy Owens hot on his heels until the first caution of the race came out with 14 laps scored. The race then saw a long stretch of green-flag racing as Owens and Moyer Jr. diced it up for second for several laps. A caution with 38 laps scored allowed for a clear track in front of Davenport. Davenport opened up breathing room as he flashed across the finish line, beating Moyer by 1.3 seconds. “Man, it’s been a struggle here for sure,” Davenport said.