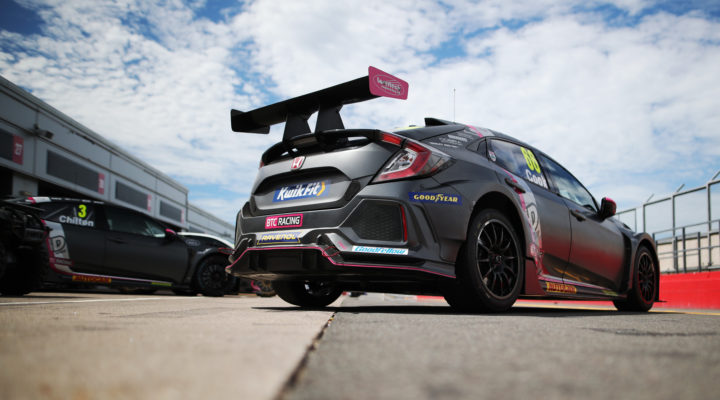 BTC Racing is primed for action as the 2020 Kwik Fit British Touring Car Championship gets underway at Donington Park this coming weekend (1/2 August). Cook took a podium and Independents’ victory here in the new FK8 last year, leaving the squad a single point off the Teams’ Championship and leading the Independents’ standings, a result that it will hope to replicate this weekend as the new season gets underway. I’m itching to get going and pick up some points at Donington. This year has thrown us all a new challenge, but as a human race, we’re always adapting. We’ve all been waiting to get back out on the track,” said Crees. “Last year was actually a pretty good result for me at Donington. The 2020 Kwik Fit British Touring Car Championship season gets underway on Donington Park’s national circuit, on August 1/2.