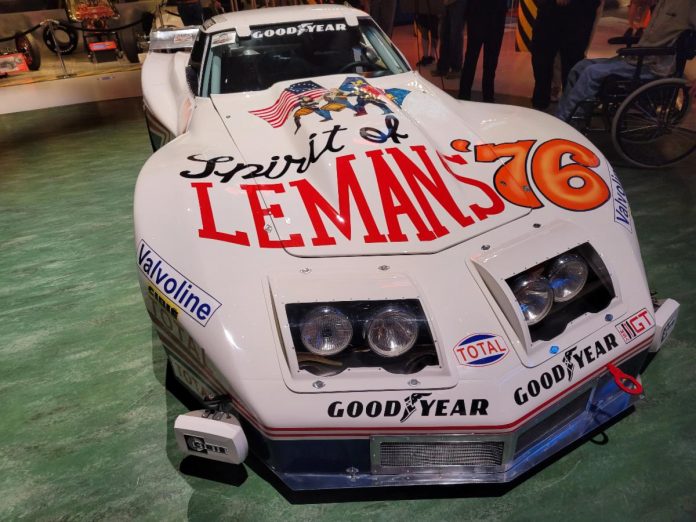 76 IMSA Corvette, which posted eye-popping speeds during the 1976 24 Hours of Le Mans, has found a new, temporary home at the Motorsports Hall of Fame of America museum. “It’s a real beast,” IMSA President John Doonan said. Greenwood, who died in 2015 at the age of 70, was represented by his brother Burt, 71, son Joe, 51, and other family members at the display ceremony. “IMSA’s top two cars went to Le Mans in 1976 – Greenwood’s Corvette and Mike Keyser with the No. Greenwood, who was an independent racer, built the car from a standard Corvette frame. “They really loved this car when we went over there with it,” Burt said. Still, Greenwood’s car is part of IMSA Le Mans lore all these years later. “We are so honored that people want to have their cars on display here at the Hall of Fame,” Levy said. “This is one of those cars I most wanted to get in here. This has been one of the very top cars on our wish list.”.