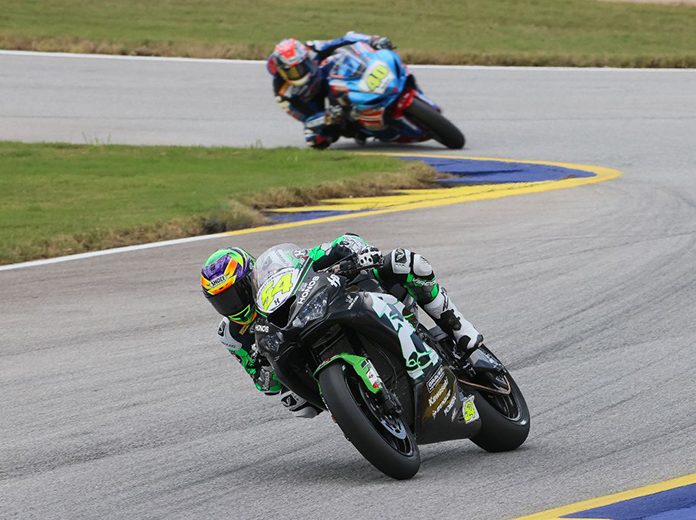 Richie Escalante Gets Back To Winning

BRASELTON, Ga. – HONOS Kawasaki’s Richie Escalante suffered his first loss of the MotoAmerica Supersport season on Saturday at Michelin Raceway Road Atlanta at the hands of Sean Dylan Kelly. With Kelly winning on Saturday, Escalante’s points lead was cut from 40 to 35 points. The three main protagonists from Saturday’s Supersport race one had an encore performance in Sunday’s race two, but this time, the winner was HONOS Kawasaki’s Escalante, who has won five of the six races thus far in the season. Each one of the trio led the race at various points, but as the laps wound down, Escalante solidly asserted himself at the front and took the checkers with a gap of more than six seconds. Landers got the holeshot in Sunday’s race and made a statement from the get-go.