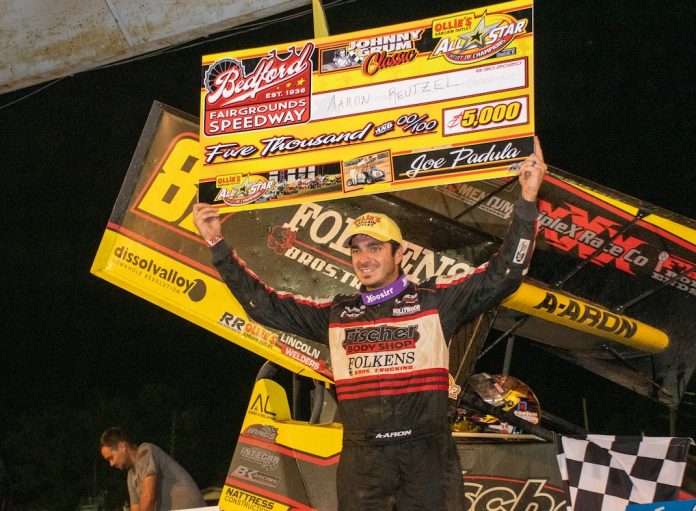 Reutzel Breaks Through At Bedford

BEDFORD, Pa. — The first seven visits to Bedford Speedway resulted in seven different winners, but two-time and defending Ollie’s Bargain Outlet All Star Circuit of Champions presented by Mobil 1 champion. Aaron Reutzel became the first two-time All Star winner at the track on Sunday night. Despite starting from the pole, Reutzel did not lead from start to finish. Reutzel’s ensuing restart went off without a hitch, nearly tied to the back bumper of the Gary Kauffman Racing entry as the lead duo raced by the single-file restart cone. Keeping that momentum handy, Reutzel immediately dove to the bottom of turn one and slid across the nose of Dietrich, officially capturing the lead at the exit of turn two. 42-Sye Lynch [22] Lap Leaders: Danny Dietrich (1,2), Aaron Reutzel (3-30).