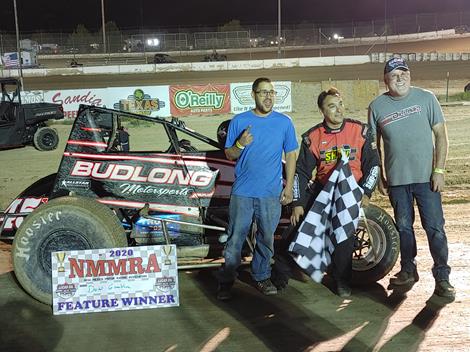 (09/21/2020) The POWRi Lucas Oil New Mexico Motor Racing Association would once again revisit their home facility of Sandia Speedway on Saturday, September 19th to compete for the fifth Non-Wing 360 sprinter race of a shortened season. Earning an earlier heat race win, #45x Don Grable would be on a mission Saturday night at Sandia Speedway with the POWRi NMMRA, driving from a fifth starting position to the front of the field in feature racing. Next on the schedule for the POWRi Lucas Oil New Mexico Motor Racing Association will be a return trip to their home track of Sandia Speedway in Albuquerque, New Mexico on Saturday, October 10th for the “Spring Car Stampede”.