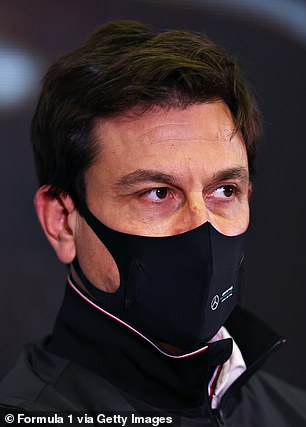 Mercedes boss Toto Wolff insists F1 needs to move on from the 2021 season as he spoke alongside Red Bull counterpart Christian Horner on the first day of pre-season testing in Barcelona. The 2022 cars took the track in Catalunya on Wednesday morning for the first time since the controversial finale to the 2021 season in Abu Dhabi, when Max Verstappen claimed his maiden title at the expense of Lewis Hamilton. Yet despite all that, with new car regulations in play this season, both team principals agreed it was time to look forward. ‘We saw a great battle last year from the first race to the last. Wolff, who was furious with last year’s finale, echoed Horner’s sentiment: ‘I agree with Christian that we need to move on.