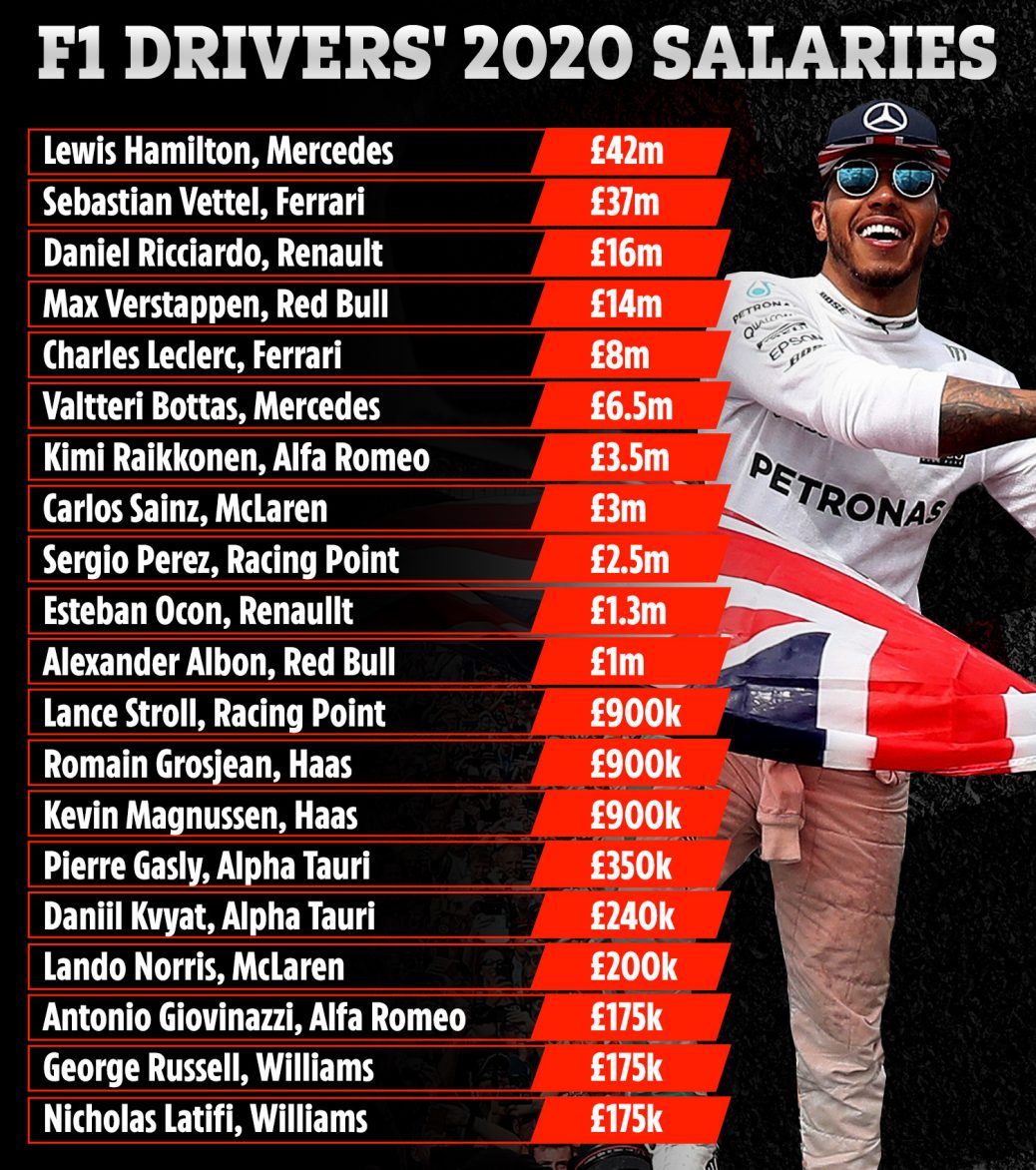 THE salaries for all 20 Formula One stars have been revealed, with Lewis Hamilton the top earner pocketing £42million a year. Mercedes star Hamilton – who tops the Sunday Times’ Rich List – earns well over TWICE as much as every other F1 driver except Vettel. The German, who will quit Ferrari at the end of this season, takes in £37m per year – with the lowest earners pocketing just £175,000. Red Bull star Max Verstappen is the only other star to break the £10m per season barrier, on £14m. McLaren youngster Lando Norris is not much higher either, on £200,000 per season.