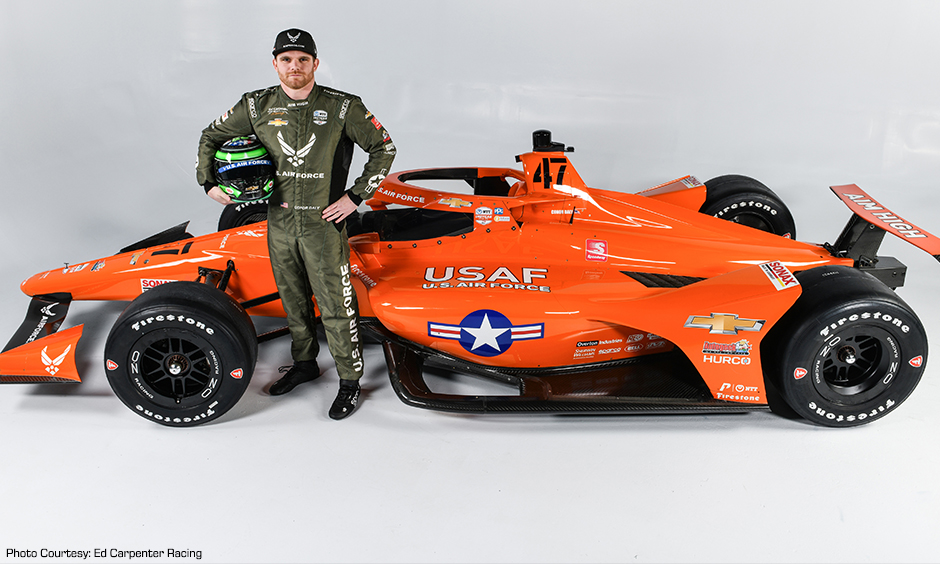 The car livery will honor General Chuck Yeager’s Bell X-1 aircraft that broke the sound barrier Oct. 14, 1947. Daly’s car was unveiled to the public Friday, May 15. “We are super proud to be paying respects to that effort,” Conor Daly said. Conor Daly: “This year will be the most races that we have had with a U.S. Air Force car.” Daly will drive the street and road course races plus the 104th Indianapolis 500 on Aug. 23 for Ed Carpenter Racing. Daly is driving for the “Hometown Hero” at the Speedway, three-time Indy 500 pole winner Carpenter.