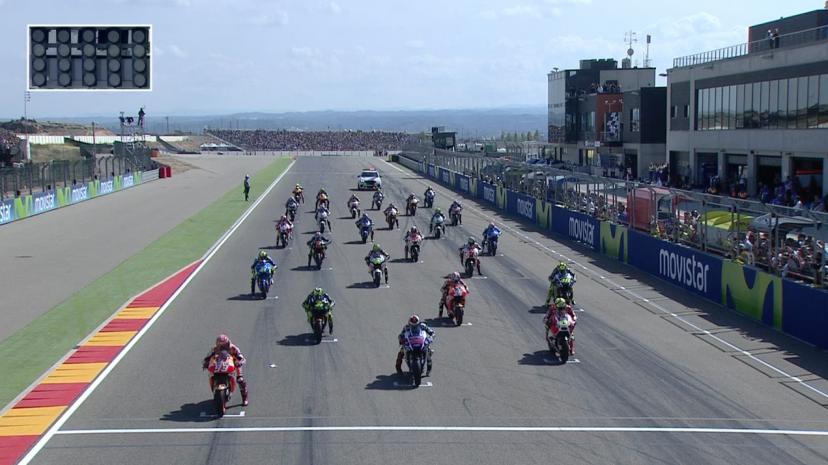 The 2015 MotoGP™ World Championship will live long in the memory for a whole host of reasons. However, one race that played a pivotal part in the outcome of the Championship and was a great battle between two of the best we’ve ever seen in MotoGP™ was the Aragon Grand Prix. Heading to MotorLand Aragon, there were just five rounds remaining with Valentino Rossi leading the Championship by 23 points after his title rival Jorge Lorenzo crashed out of a chaotic San Marino Grand Prix last time out.