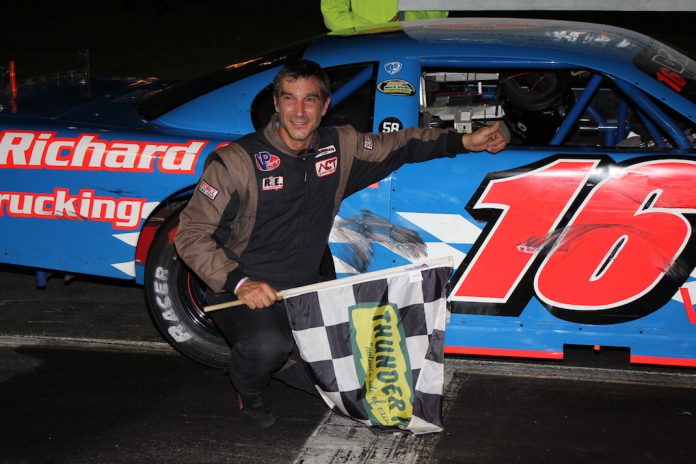 BARRE, Vt. — Scott Dragon and Jason Corliss emerged as big winners on a wild Jet Service Envelope/Accura Printing Night at Thunder Road Int’l Speedbowl on Thursday. On the restart, Matthew Smith moved under Moodie for the second spot while Dragon and Corliss began to slash behind him. As the field started the 26th circuit, Smith went to Pelkey’s inside in a bid for the lead. It was Moodie finding himself back on the point for the restart with Dragon second and Corliss fourth. Dragon easily outgunned Moodie at the drop of the green and set sail into the night. Corliss was able to get around Moodie for second 10 laps later, but Dragon was long gone, taking his 13th career Thunder Road victory as he tries to make a belated bid at a third Late Model championship.