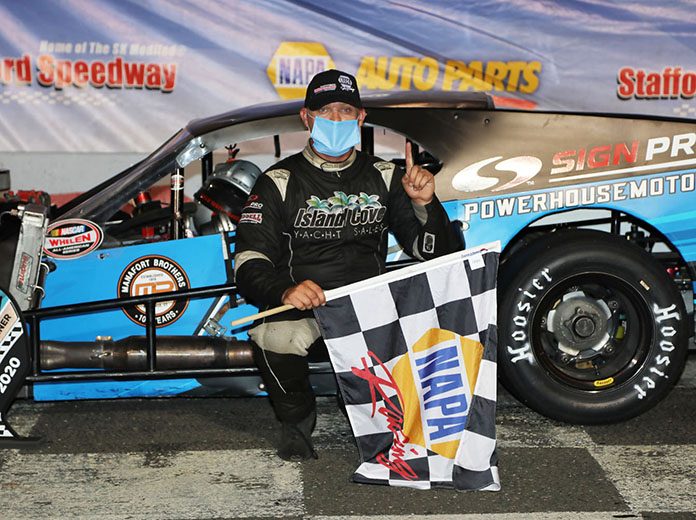 STAFFORD SPRINGS, Conn. – Cory DiMatteo notched his first victory in the SK Modified division during weekly competition Friday evening at Stafford Motor Speedway. Hodgdon took the lead back under green with DiMatteo moving in to second. Marcello Rufrano was up to third with Matt Vassar in fourth and Mikey Flynn fifth. DiMatteo made a move to the inside of Hodgdon on lap-8 and he took the lead at the line. The top-three of DiMatteo, Hodgdon, and Rufrano were beginning to pull away slightly from Flynn in fourth and Rocco in fifth as Vassar had slipped back to sixth in line on lap 12.