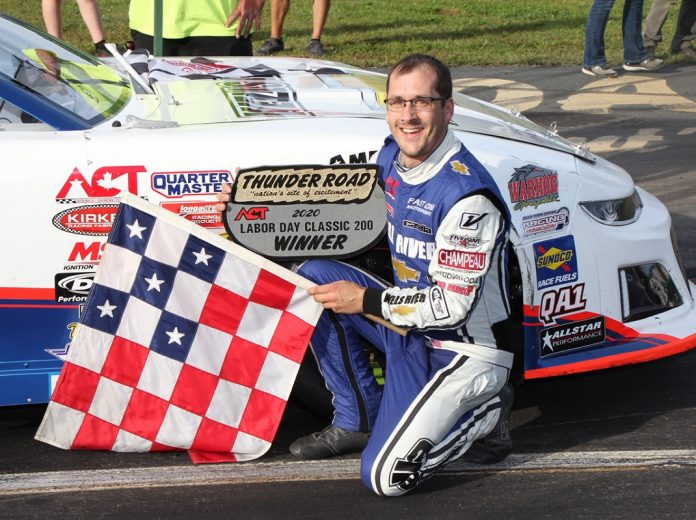 BARRE, Vt. — Bobby Therrien saved his best for last to win the Optical Expressions Berlin Labor Day Classic 200 on Sunday at Thunder Road Int’l Speedbowl. Therrien went around the outside of Donahue for the lead on the 42nd circuit. The current number-two Thunder Road point driver wasn’t done, though, as Therrien snatched the lead back from Donahue on lap 56. Sweet got around Corliss for second on lap 161 and tried his hardest to catch the leader in traffic. But Therrien was simply too much to handle, putting all but six other drivers a lap down as he walked away for his second win of the season. The rookie had charged from 13th on the starting grid to second just past halfway in the 25-lap feature.