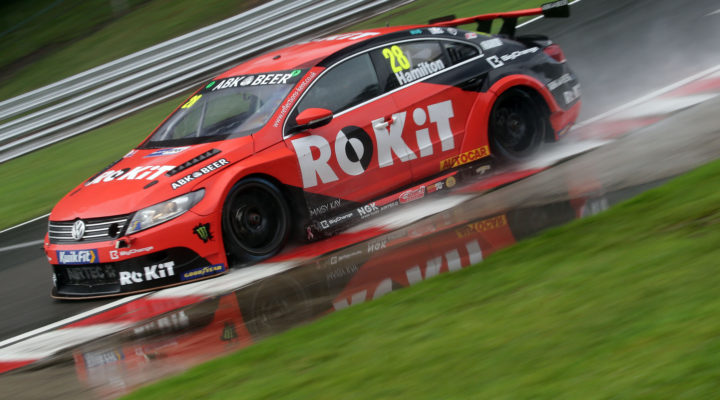 Racing has today (27 August) announced the withdrawal of two of the squad’s Volkswagen CCs from this weekend’s Kwik Fit British Touring Car Championship rounds at Knockhill following Oulton Park’s race three incident involving the pair. Hamilton’s car sustained substantial chassis damage during the incident and, with the nature of the condensed 2020 season, is unable to be fixed in such a short turnaround between events. “I’m devastated to have to withdraw both the #28 and #34 cars from this weekend’s rounds at Knockhill especially off the back of strong results for both Ollie and Nic at Brands Hatch,” added Managing Director, Tony Gilham. “We hope to have the pair back out for the next round at Thruxton but for now, we must focus on both Jack and Carl who will be giving it their all at Knockhill this weekend.”.