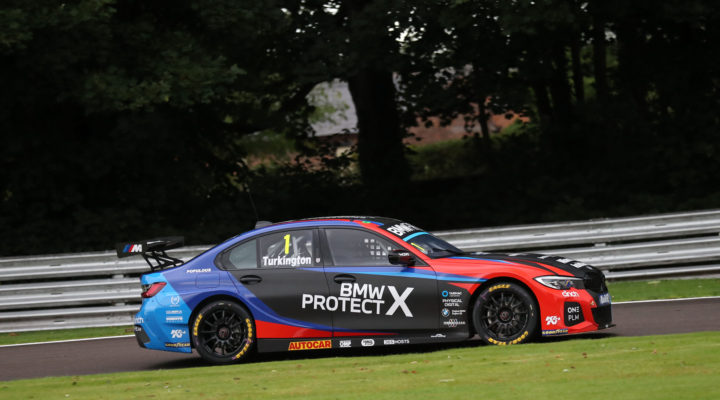 Team BMW enjoyed another strong performance in the Kwik Fit British Touring Car Championship at Oulton Park last time out, proving consistency is key, with the squad furthering its lead in the standings as the series’ fourth event of the 2020 season nears, at Knockhill this weekend (29/30 August). Race two marked the second wet BTCC race of 2020, and saw Turkington secure another podium finish, in third, while Oliphant moved up the order with a string of eye-catching overtakes to sixth place. The reverse grid draw saw Oliphant lining up fifth for the final outing in Cheshire, with Turkington in eighth. A lap six decision from the team resulted in Turkington moving past Oliphant, with the intentions of allowing the #1 BMW to go on the attack. “It was a pretty tough race day so to come away with a podium in the reverse grid encounter was great,” said Oliphant. There were a few saves for all of us in those first two races!