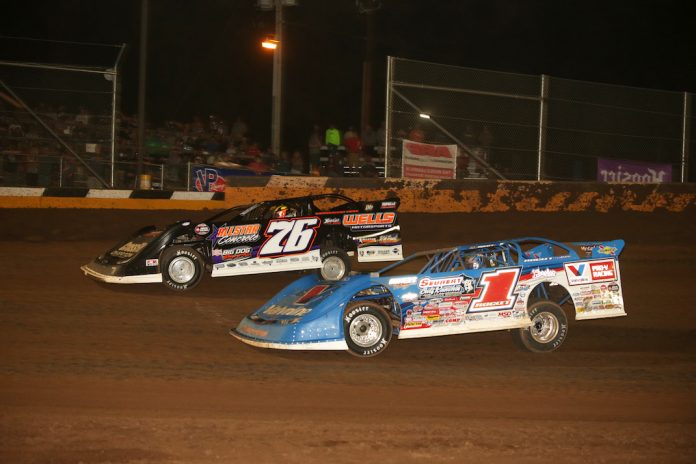 CONCORD, N.C. — With a combined 42 dirt-late-model victories this season, Brandon Sheppard and Brandon Overton are bringing the next chapter of ‘The Brandon and Brandon Show’ to the World of Outlaws Morton Buildings Late Model Series this weekend. Sheppard has five early season victories in those races, but since racing returned in May, Overton has been on a hot streak, collecting four victories to Sheppard’s one. Overton is coming off a clean sweep of the World of Outlaws’ USA Nationals at Cedar Lake (Wis.) Speedway worth $57,000 in August. Sheppard leads the nation as the winningest dirt late model driver with 25 victories. Overton is the most recent winner of the two at Lancaster, topping a May trip to the Lancaster, S.C. half-mile. Overton is looking for his 10th career with the World of Outlaws, which would make him the 17th different driver in series history with 10 or more victories.