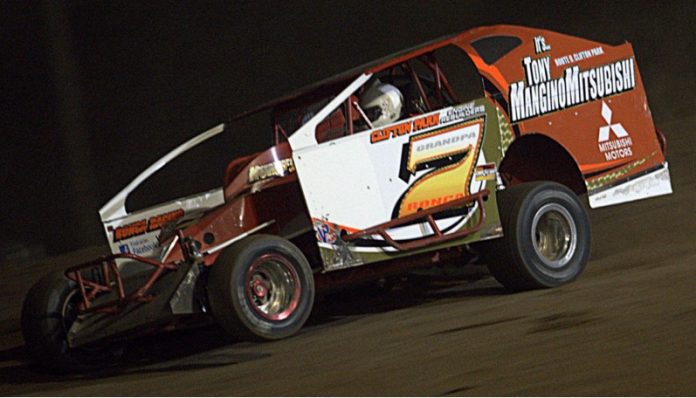 MALTA, N.Y. — It doesn’t happen too often anymore, but once in a while, a “little guy” from a family team still wins. That was the case Friday night at the Albany-Saratoga Speedway, when veteran Don Ronca shot from third to the lead on the initial break, then led the $3,000 to win 35-lap DIRTcar modified feature all the way to starter Rich Petersen’s checkered flags. By lap 10 the leaders were lapping the backmarkers and while Hackel got alongside Ronca once in traffic, that was as close as anyone would get to the lead. “I thought I was racing Bobby for the win,” said Friesen. It would have been a nice race to win but it is what it is!”. “This is my first win in three years and when I got to the lapped cars, I got really nervous,” tipped the elated Ronca.