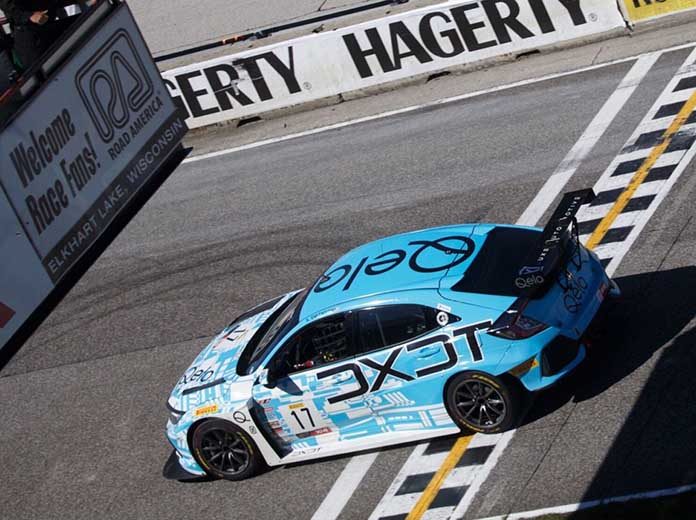 ELKHART LAKE, Wis. – Scott Smithson scored his second-straight overall TCR win in Sunday’s drama-filled TC America race at Road America. Victor Gonzalez Jr. and Roy Block finished second and third in TCR, while Austen Smith finished behind Clay for third in TC. Behind them Smithson slotted into third, while Gonzalez charged up into fourth through the first few corners of the restart lap. Over the next number of laps, Smithson began his hunt for the lead in TCR, while heated back and forth battles raged between Grahovec and Clay in TC and Newcombe and Gonzalez in TCA. Behind them, Gonzalez took over the lead in TCA and began to pull away from the rest of the class field. Smithson crossed the line by 1.4 seconds over Gonzalez, with Block in third. Gonzalez won over Boehm by .817 seconds, with Mejia crossing the line third.