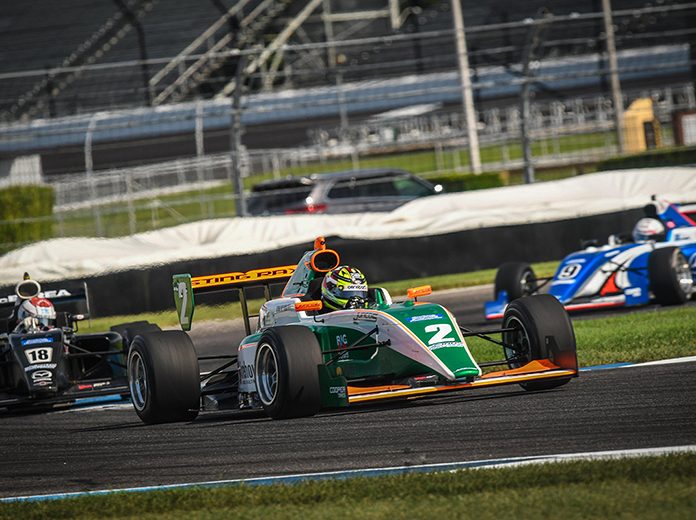 – Just more than a month after his first Indy Pro 2000 Championship Presented by Cooper Tires victory – and on his 19th birthday – Sting Ray Robb stepped onto the top of the podium again Thursday after a victory on the Indianapolis Motor Speedway road course. Robb’s second win for Juncos Racing allowed him to close to within 10 points of series leader Devlin DeFrancesco at the halfway mark in the season. Robb, meanwhile, leapt from fifth to second within a couple of laps of the green flag and then quickly latched onto teammate Petrov’s tail before making his move for the lead on lap nine. I ended up finishing second, but now that I’ve won – and won again – I know how to stay consistent. And to come to Indy and get my second win, it’s so special.”. Thompson claimed his second podium finish of the season as Petrov faded to fourth.