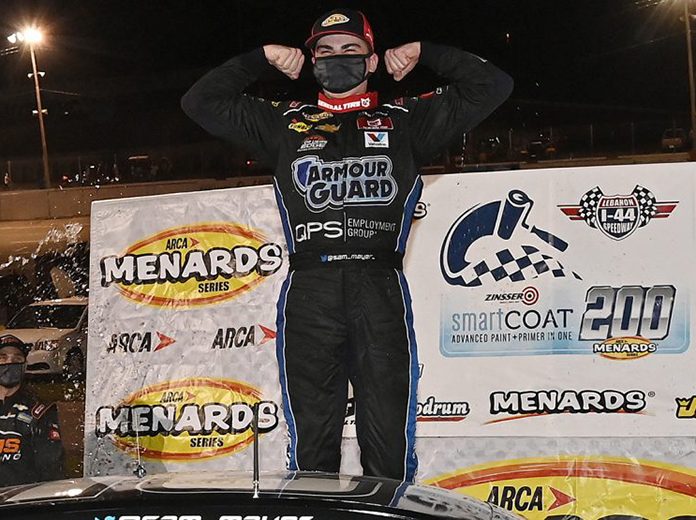 — Sam Mayer used a great restart to take the lead and pull away to victory in Saturday’s ARCA Menards Series event at Lebanon I-44 Speedway. That restart, coming out of the race’s second break, turned out to be the final one of the night and Mayer’s No. The win was Mayer’s third of the season and he hasn’t finished worse than fourth in his past nine series starts. Holmes won his first General Tire Pole Award earlier in the day and led the first 69 laps before getting turned by Deegan for the lead. Holmes still managed his third runner-up finish of the season and closed to within one point of ARCA Menards Series championship leader Michael Self. Deegan led a race-high 85 laps in pursuit of her first series win.