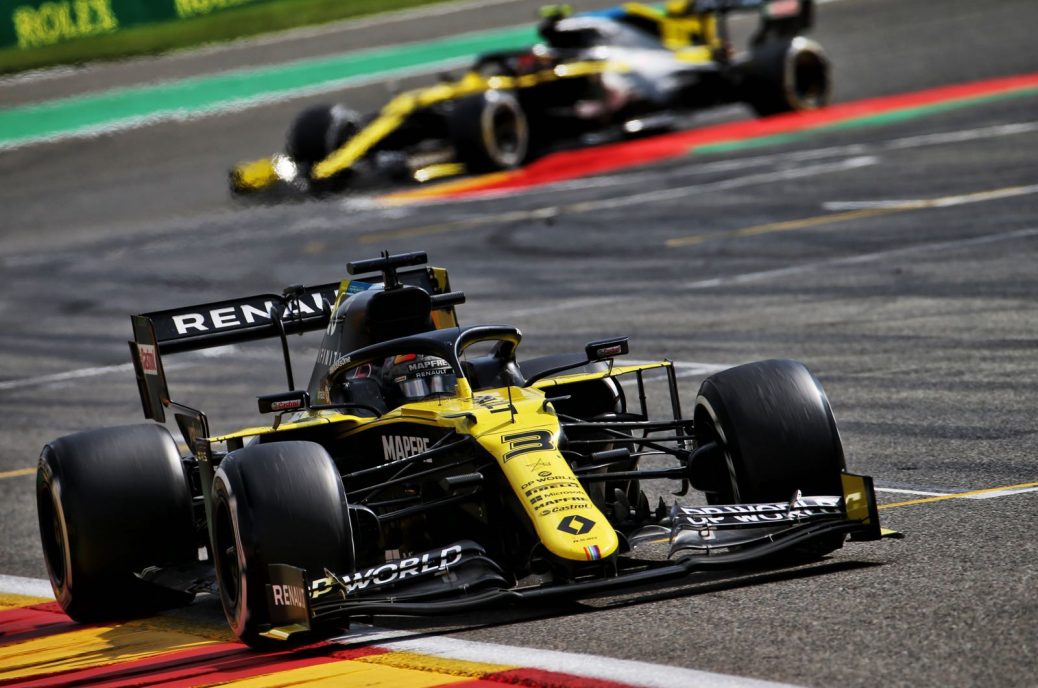 There is a “political” factor behind Renault’s surge towards the front of the grid. Corriere della Sera’s theory is that Renault surprisingly decided to drop its appeal over the ‘pink Mercedes’ affair in exchange for a favour from Daimler. Recently, Renault chairman Jean-Dominique Senard said the French carmaker and Daimler had decided to “re-trigger” their former alliance. Corriere claims Renault’s Spa boost followed a meeting between Daimler CEO Ola Kallenius and his Renault counterpart Luca de Meo. The suggestion is that Mercedes subsequently agreed to help Renault with information about power unit optimisation. “We found the sweet spot,” Daniel Ricciardo had declared at Spa when asked about Renault’s sudden surge in form.