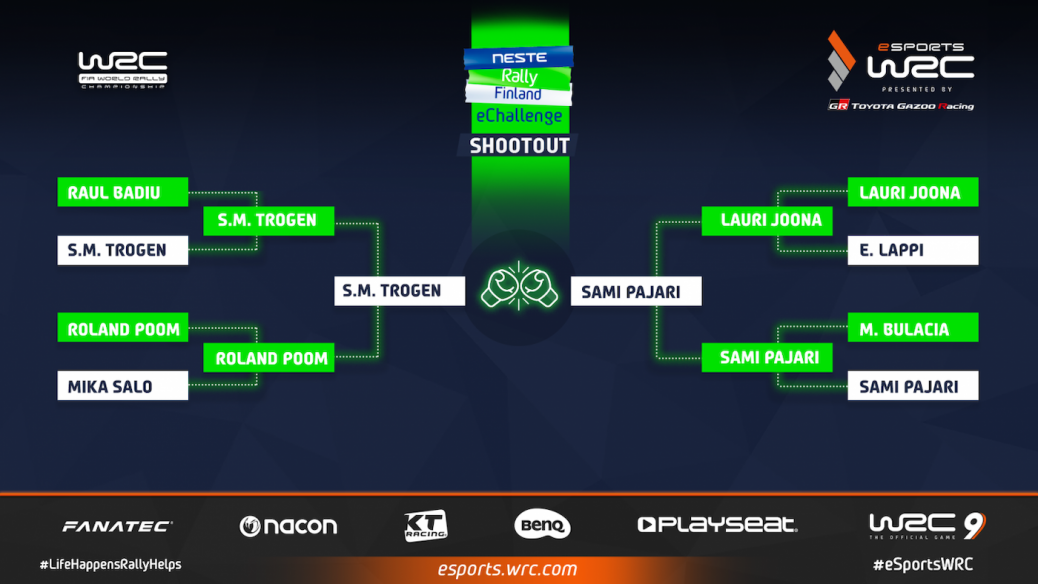 Pajari survives thriller, sets up date with Trogen in final

2019 Flying Finn award winner Sami Pajari lived up to his billing on Friday night, sneaking into the final of the Neste Rally Finland eChallenge Shootout by the slightest of margins. In the final, he will come up against fellow Finn Sami-Matti Trogen. Driving in the second of Friday night’s semi-final heats, Pajari was up against another FIA Junior WRC driver in Lauri Joona. In the evening’s earlier run, Trogen confirmed his tag as favourite for Saturday night’s two-stage final, with another commanding performance. Having easily accounted for the FIA Junior WRC Shootout winner Raul Badiu in Thursday’s semi-final, Trogen’s victory over WRC 3 driver Roland Poom was even more convincing, stopping the clock nearly 30 seconds ahead of his rival.