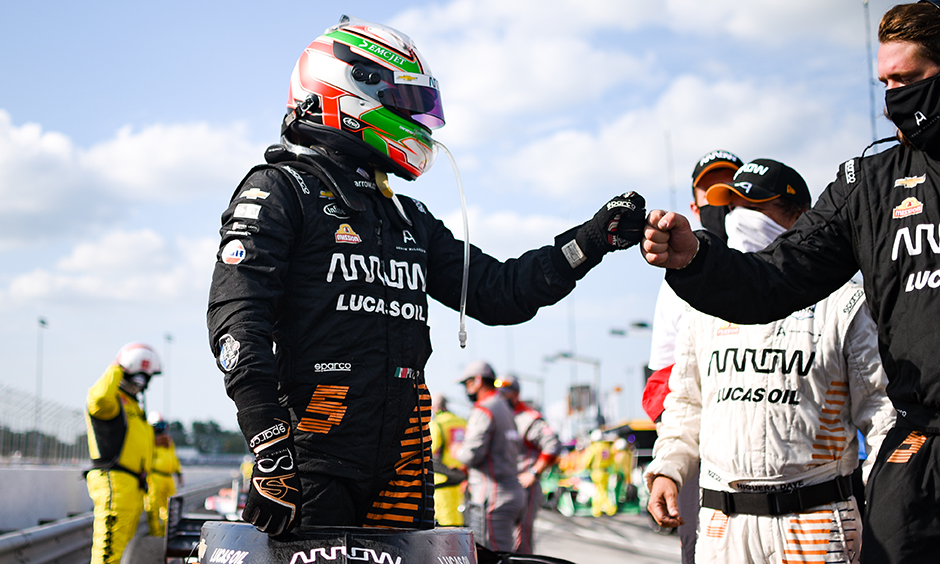 Back-to-back podium finishes have boosted 21-year-old Pato O’Ward of Arrow McLaren SP into the 2020 NTT INDYCAR SERIES championship race. In nine starts this season, O’Ward’s worst finish is 12th at Texas Motor Speedway in June and the second race of the Iowa INDYCAR 250s in July. O’Ward is just 23 points behind Team Penske’s Josef Newgarden in second place. With five races remaining, O’Ward’s presence in the championship race is quite impressive. I enjoy driving out there, trying to win races, trying to be on the podium.”. “I always knew he was really fast,” Power said of O’Ward. At Texas, O’Ward’s goal was to simply finish the race.