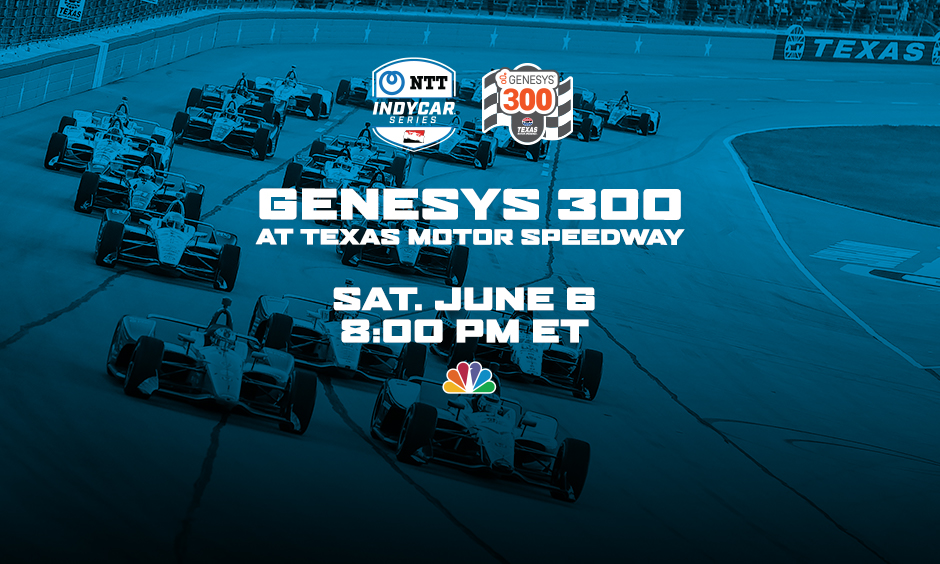 The NTT INDYCAR SERIES will be broadcast in primetime on NBC for the first time when the season-opening Genesys 300 at Texas Motor Speedway is televised starting at 8 p.m. (ET) Saturday, June 6. The race is moving to NBC from its originally scheduled window on NBCSN. It’s the first INDYCAR race on broadcast television in primetime since 2013. “INDYCAR’s first season on NBC in 2019 was marked by significant audience growth, and this marquee broadcast slot reflects both our continued momentum and strong partnership with NBC Sports Group.”