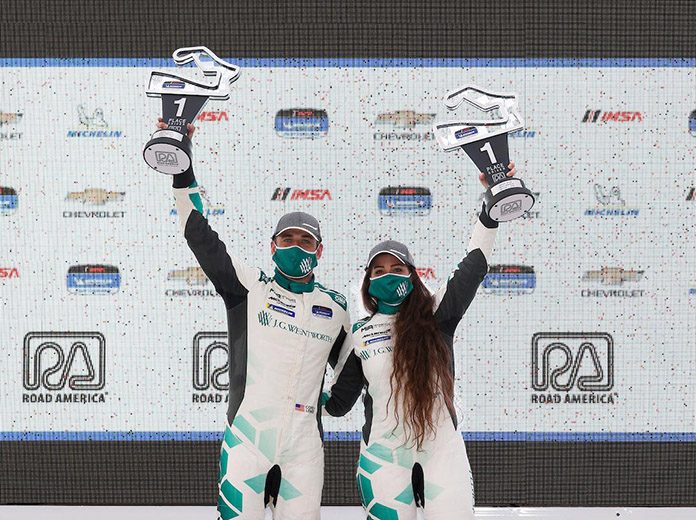 ELKHART LAKE, Wis. – Corey Lewis knew his shot to win had everything to do with staying ahead of Kyle Marcelli when he left the pits with little more than 35 minutes left in Saturday’s IMSA Michelin Pilot Challenge race at Road America. Lewis later pulled away to win the GS class and overall race as it finished under caution. 3 Motorsports In Action McLaren 570 GT4, and Lewis finished off the victory over Marcelli and teammate Nate Stacy in the No. After that, it was his job to keep it there while saving fuel. “Ryan handed the car off to me with the lead,” Chaves said. I had to do a little fuel saving, but Ryan helped me out with a gap. Following the Monk/Lewis McLaren and the Stacy/Marcelli Aston Martin to the finish line in the GS class was the No.