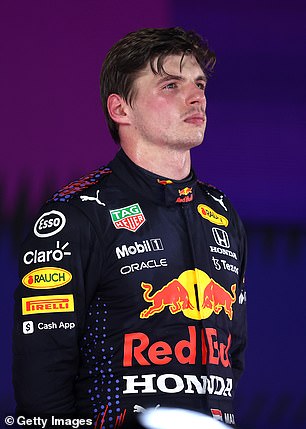 Max Verstappen’s ‘tactics’ in pulsating F1 world title battle with Lewis Hamilton could damage his ‘LEGACY’ and see him ‘labelled an unfair driver’, warns Martin Brundle ahead of final-race showdown in Abu Dhabi

Max Verstappen risks tarnishing his legacy and could be labelled an ‘unfair driver’ should his tactics in his tumultuous F1 world title battle with Lewis Hamilton continue, says Martin Brundle. The two drivers head into the final race of the season in Abu Dhabi this Sunday level on points after a Saudi Arabian Grand Prix which saw Hamilton win and Verstappen given two time penalties following clashes between the two of them. By virtue of having more race wins than seven-time world champion Hamilton – nine to eight – Verstappen would win the title if neither driver finished the race in Abu Dhabi this Sunday.