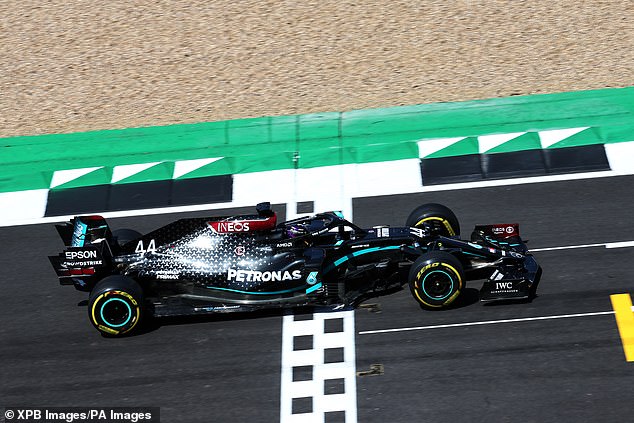 Lewis Hamilton was beaten to top spot by Max Verstappen in opening practice for the British Grand Prix. Nico Hulkenberg, drafted in by Racing Point at the eleventh hour to replace Sergio Perez, finished ninth. Lewis Hamilton finished in second place in opening practice for the British Grand Prix. But Verstappen’s strong pace in the opening action at a sun-drenched, spectator-less Silverstone, suggested Hamilton and Mercedes will not have it all their own way. Max Verstappen managed to get the better of Hamilton by 0.474 seconds at Silverstone. Lance Stroll finished third for Racing Point, with Alexander Albon fourth in the other Red Bull. Ferrari’s Charles Leclerc finished fifth with Bottas only sixth in the order, more than one second off Verstappen’s pace. Nico Hulkenberg, who was drafted in at short notice by Racing Point, finished in ninth place. Lance Stroll finished in third place for Racing Point in the first practice session on Friday.