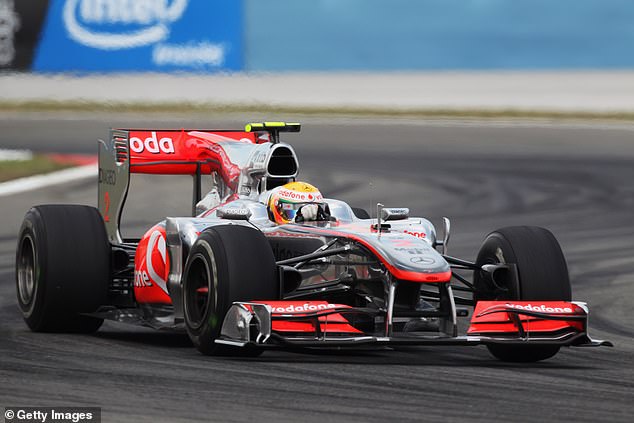 Lewis Hamilton’s 2010 race-winning McLaren, which he drove to victory in Turkey, Canada and Belgium, is to be auctioned off LIVE ahead of the British GP… with the car expected to fetch £5M when it goes under the hammer

Lewis Hamilton’s race-winning McLaren from 2010 will go under the hammer live at Silverstone ahead of the British Grand Prix this summer. Bidding for the car, which Hamilton drove to victory at the Turkish Grand Prix 11 years ago, will begin once it sets off on a lap of Silverstone before F1’s first sprint qualifying race. According to auction house RM Sotheby’s, who are responsible for selling the car on behalf of a private collector, it is the first time one of Hamilton’s cars has been up for auction. ‘It’s the first time a Lewis Hamilton race winner has ever been publicly offered.