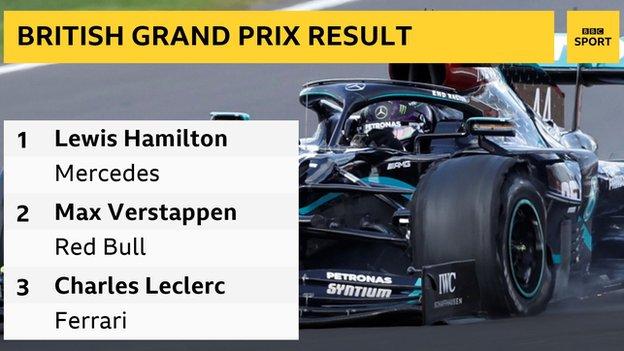 Lewis Hamilton took an extraordinary victory in a dramatic finish to the British Grand Prix despite suffering a puncture on the last lap. Verstappen would have won had he not stopped late for fresh tyres in a successful quest for the point for fastest lap. They stopped to change from medium to hard tyres on lap 13, very early to make it to the end of the race on one set of hard tyres. Valtteri was really pushing incredibly hard and I was doing some management of that tyre and he looked like he wasn’t doing any. But he stuck with it, and a second stop for tyres later in the race dropped him to last but enabled him to attack in the closing laps. Lewis Hamilton: “Up until that last lap everything was relatively smooth sailing. Valtteri was really pushing incredibly hard, I was doing some management of the tyre. The tyres didn’t look great with 10 laps to go, they didn’t look pretty.