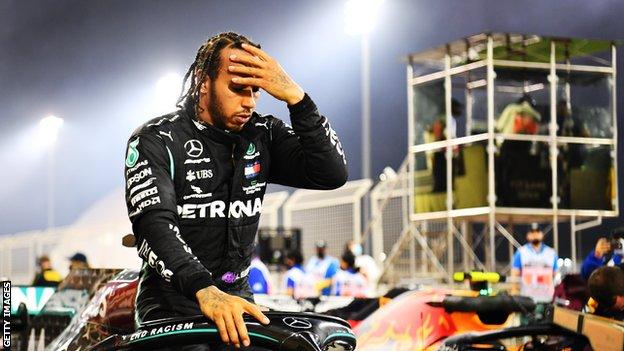 Lewis Hamilton will take part in this weekend’s Abu Dhabi Grand Prix after testing negative for Covid-19. Hamilton, 35, arrived in Abu Dhabi on Thursday after completing 10 days of quarantine in Bahrain. Fellow Briton, George Russell, 22, who starred on his Mercedes debut at the Sakhir Grand Prix as Hamilton’s stand-in, will now return to Williams. Formula 1’s governing body the FIA confirmed that Hamilton had returned a “number of negative Covid-19 tests” before travelling for the final race of the season. Hamilton released a video message on social mediaexternal-link on Tuesday in which he said he was “feeling great” and had just completed his first physical training session since his positive test.