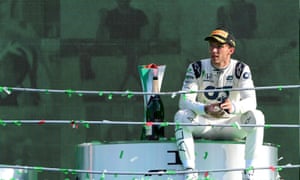 Last modified on Mon 7 Sep 2020 22.39 BST. The Briton singled out Gasly’s resolve in coming back so strongly after being demoted mid-season from the Red Bull team five months after he had been taken on last year. Gasly believes his victory for AlphaTauri has proved he is ready to be given another shot with Red Bull. It is a remarkable comeback after the blow of being dismissed from Red Bull. Gasly began his career with Toro Rosso – now renamed AlphaTauri, Red Bull’s junior outfit – in 2017. Red Bull did not enjoy a successful Italian Grand Prix with Verstappen retiring early due to a power unit problem and Albon finishing in 15th.