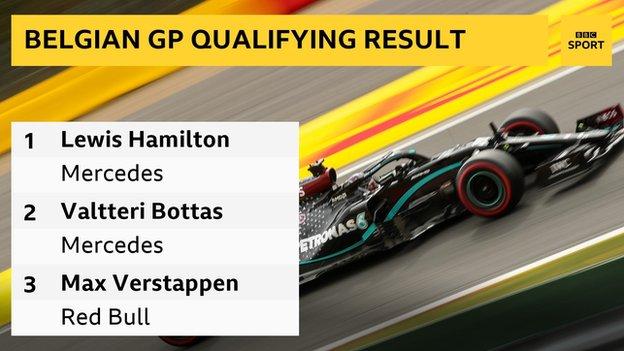 Championship leader Lewis Hamilton set pole position for the Belgian Grand Prix half a second clear of Mercedes team-mate Valtteri Bottas. Hamilton was fastest on both laps in the final session and beat Bottas by 0.511secs. Hamilton’s performance was one of his most impressive, the Briton taking his 93rd pole with two laps in another dimension than Bottas could manage. On his first, Hamilton was 0.578secs clear of Bottas, and although the Finn improved on his second run, so did Hamilton. “Q3 first lap was ace, and I thought I was not going to be able to beat that. Bottas said he felt he had done a good lap and could not explain the gap to Hamilton. And while he could not improve on his second run, fourth is an impressive performance.