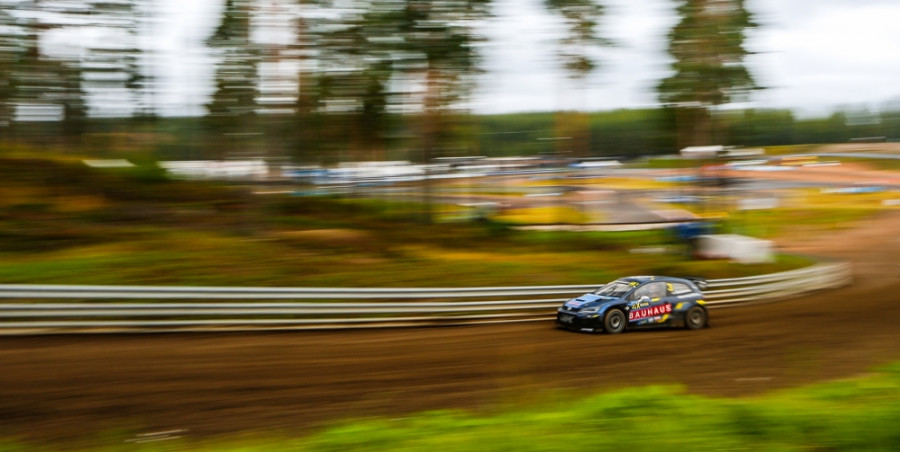 KRISTOFFERSSON SPLASHES TO TQ IN FINLAND

Sweden’s Johan Kristoffersson and Finland’s Niclas Gronholm battled for the TQ (top qualifier) position in round four of the FIA World Rallycross Championship at the CapitalBox World RX of Finland, Kristoffersson taking the position to claim pole position for semi-final one in wet conditions. P4 for Gronholm in Q3 put the home hero P2 in the Intermediate Classification and he will start on pole position for semi-final two. Team Hansen’s Timmy Hansen, from Sweden, will start next to Gronholm in semi-final two, the reigning World RX Drivers’ Champion making the save of the day in qualifying after contact with Monster Energy GCK RX Cartel’s Andreas Bakkerud. Team Hansen’s Kevin Hansen lost out in a joker lap strategy battle with Ekstrom in Q3 and will start on row two of semi-final two, next to Germany’s Timo Scheider, the ALL-INKL.COM Muennich Motorsport driver, who recovered from a slow start in Q3 Race Three to battle for the lead.