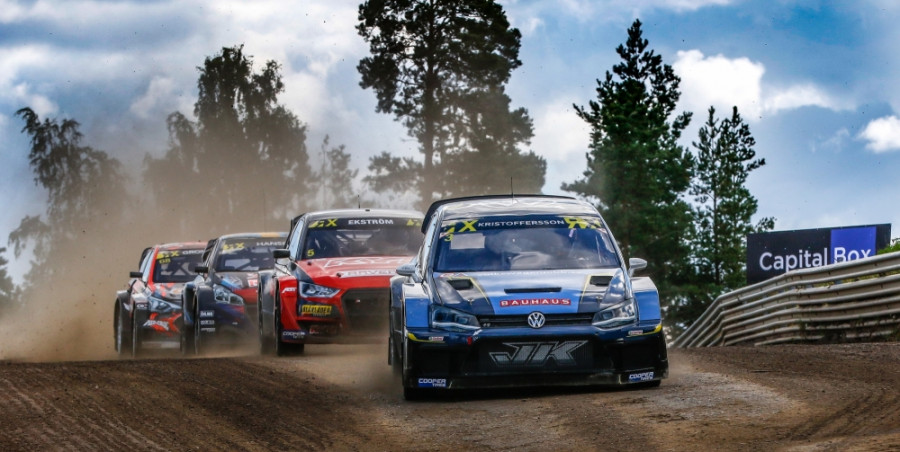 Sweden’s Johan Kristoffersson, the FIA World Rallycross Championship Drivers’ standings leader, dominated qualifying at round three in the CapitalBox World RX of Finland to take TQ (top qualifier) in the Intermediate Classification. KYB Team JC’s Mattias Ekstrom was P2 in Q1, and was P2 in the same race as Kristoffersson in Q2, but the Swedish 2016 World RX Drivers’ Champion had contact at the start of the last race in qualifying and dropped time, but still took P2 in the Intermediate Classification and will be on pole position in semi-final two. 2019 World RX Champion, Sweden’s Timmy Hansen, benefited from the T1 action in Q3 and took P3 after qualifying to join Kristoffersson on the front row of the grid for semi-final one. The star performance of the day so far came from Finland’s Juha Rytkonen, the GRX SET Hyundai i20 driver taking P4 time in Q1 and Q3 and will start next to Ekstrom at the front of semi-final two. KYB Team JC’s Robin Larsson and Team Hansen’s Kevin Hansen, from Sweden will take row two of semi-final two and Germany’s Timo Scheider and Finland’s Jere Kalliokoski will complete the grid.