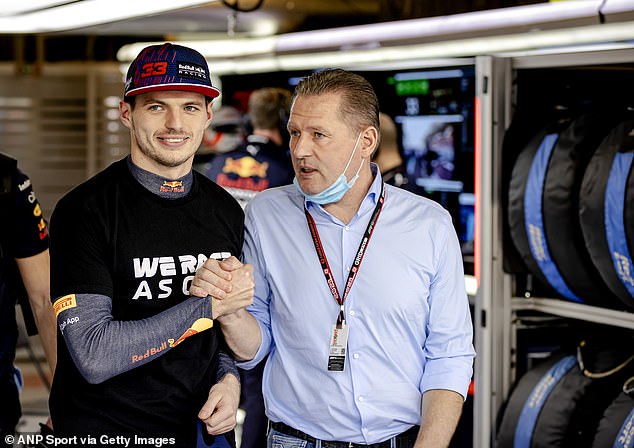 Jos Verstappen hits out at ‘WEAK’ Belgian media for trying to claim dual-national F1 champion Max, whose mum is Belgian, as one of their own… with the Dutchman’s dad irritated that ‘everyone wants a piece’ of his son after he beat Lewis Hamilton

Belgian media are ‘weak’ for trying to claim Max Verstappen as their own only after he won the world title, believes the Red Bull driver’s dad, Jos. Verstappen beat Lewis Hamilton to the title on the last lap of a controversial Abu Dhabi Grand Prix, to claim his maiden title. The 24-year-old, who is a dual national because his mum, Sophie, is Belgian and his dad, Jos, is Dutch, has established himself as a household name but Verstappen Snr has been less than impressed with the media in Belgium. Speaking to Dutch newspaper De Telegraaf, Jos Verstappen said: ‘Everyone wants a piece of Max at the moment. For example, in the eyes of some Belgian media, Max is suddenly a Belgian. Verstappen is routinely followed by a loyal legion of Dutch supporters as they fill the stands with orange shirts, flags and flares. Verstappen has become a wanted man throughout the world’s media having ended Hamilton’s run of world championships.