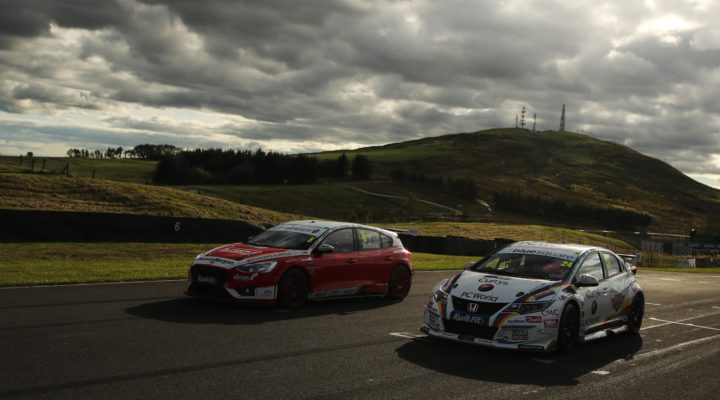 Jake on top of the hill

MB Motorsport accelerated by Blue Square’s Jake Hill topped the times in the opening Kwik Fit British Touring Car Championship Free Practice session at Knockhill this morning (29 August). Josh Cook (BTC Racing), Tom Ingram (Toyota Gazoo Racing UK with Ginsters) and Mike Bushell (Power Maxed Car Care Racing) were among those to sit on top of the timesheets during the 40-minutes of running, but it was Hill’s lap in the final five minutes – just 0.306s short of Rory Butcher’s 2019 qualifying lap record – that would set the benchmark. The final free practice session around the 1.27-mile Knockhill circuit takes place at 1215, before qualifying for Round 10 of the Kwik Fit British Touring Car Championship commences at 1530. 2020 Kwik Fit British Touring Car Championship – Free Practice 1 – Knockhill.