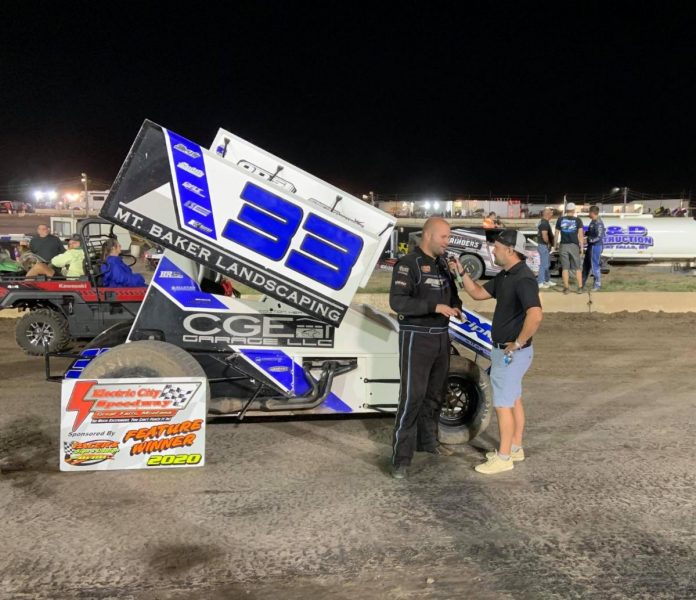 It’s Heath Again During Montana Round Up

Heath captured the 360ci winged sprint car feature victory for the second straight night on Saturday at Electric City Speedway. Tyler Thompson led the main event early before Heath took the top spot near the midpoint of the race. Garen Linder hustled from 10th to second place – his second straight night with a runner-up result to Heath – and J.J. Hickle was the Hard Charger Award winner after rallying from 16th to third place. Tanner Holmes placed fourth for the second consecutive night and Jason Solwold won the B Main before maneuvering from 17th to fifth in the A Main.