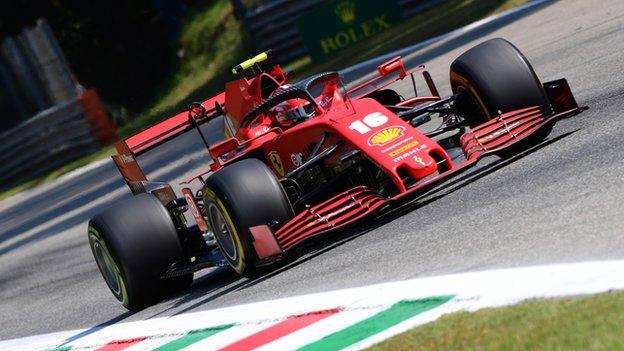 Valtteri Bottas led Lewis Hamilton to a Mercedes one-two in first practice at the Italian Grand Prix after Max Verstappen crashed his Red Bull. The Dutchman – second in the championship, between Hamilton and Bottas – lost control through the fast Ascari chicane and spun into the wall. His team-mate Alex Albon was third, from Alpha Tauri’s Daniil Kvyat. Bottas headed Hamilton by 0.245 seconds, with Albon 0.797secs off the pace. Alpha Tauri’s Pierre Gasly also had a spin and came off, his happening at the Roggia chicane at the end of the session, with the Frenchman also able to rejoin the track.