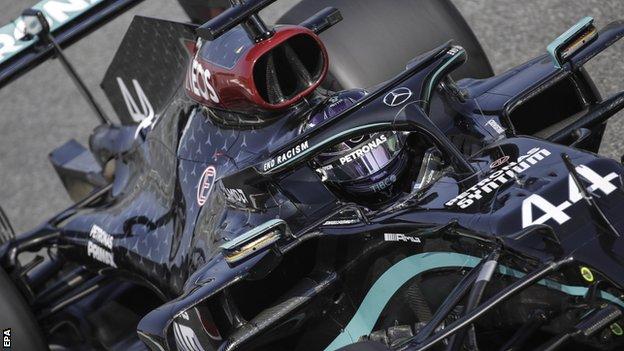 Lewis Hamilton was fastest in second practice at the Italian Grand Prix as Mercedes dominated yet again. Hamilton was 0.262 seconds quicker than team-mate Valtteri Bottas after they completed laps in line astern, each trying to benefit from a slipstream. Daniel Ricciardo was third in the Renault but had his lap time deleted for running off track at Parabolica. McLaren’s Lando Norris took the place with a lap set late on after engine problems. His team-mate Sebastian Vettel was 12th, and had a spin at the first Lesmo on his race-simulation run later in the session, the most serious of a number of off-track or out-of-control incidents for the four-time champion through the day. Verstappen crashed in first practice in the morning and was just over a second slower than Hamilton in the afternoon, while Gasly was 0.107secs ahead of the Red Bull with his time. His team-mate Alex Albon was 14th fastest after having his best lap time deleted for running wide at Parabolica.