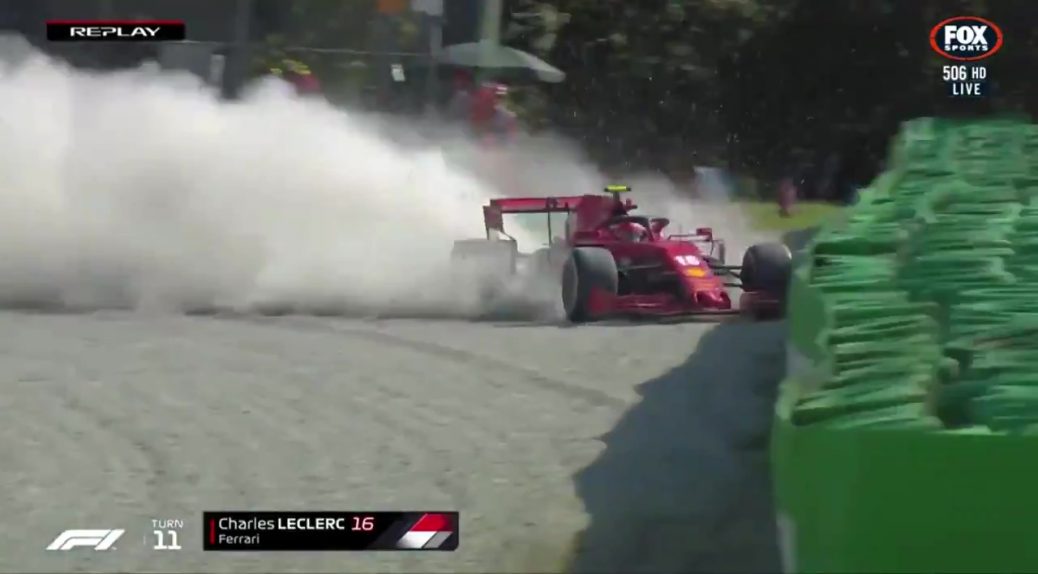 CHARLES LECLERC suffered a horrendous smash as he crashed out of the Italian GP – but thankfully somehow ran away unhurt. Despite the high-speed collision, Leclerc immediately was on the radio to his Ferrari mechanics to tell them he was okay. The car was already smoking when he wobbled off the track at the Parabolica final bend and headed to the left over the gravel as Leclerc braced himself for the heavy impact. Former F1 driver Jolyon Palmer reckons Leclerc was at fault, rather than the car. Speaking on BBC 5Live, he said: “It is driver error rather than brake failure for Charles Leclerc.